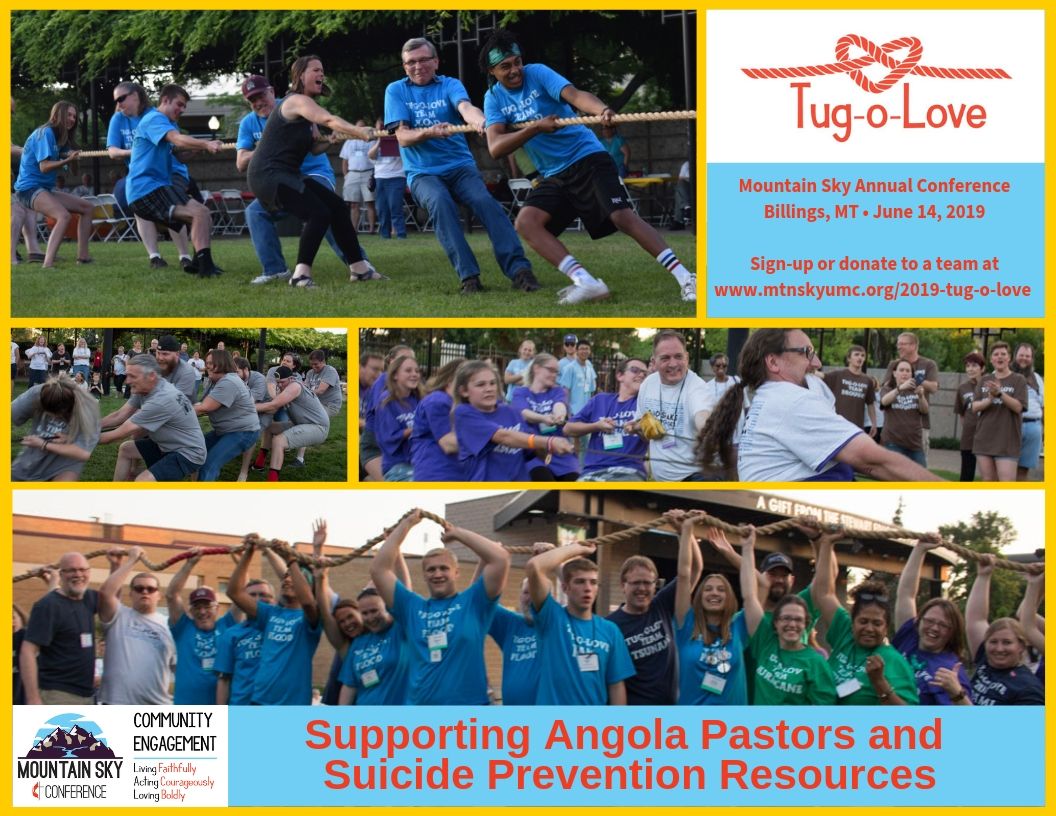 Give online here to support the Tug-o-Love!

The annual conference tradition of Tug-o-Love will take place on Friday night, June 14 during the Mission Celebration. Teams will raise money to support the development of suicide prevention resources for local congregations and Angola pastors.

If you would like to be on a team, please sign up here. There will be 4 teams.

It has become a tradition at the Mountain Sky Annual Conference mission evening to have a friendly Tug-o-Love. It is a fun competition between teams to raise money for different mission projects. Teams include people ranging in age from teens to people in their 90s. Prowess is not necessary – enthusiasm, fun loving spirit, and willingness to pull for bragging rights is all that is needed.

This year, teams will raise money to support the development of suicide prevention resources for local congregations and Angola pastors. Each team will have 10 members, but only 2 are "freebies." For every $150 raised by the team, another person will be added to the actual "pull." The goal will be to raise at least $3,000 for each ministry. Each team will have a different colored T-shirt.

Money can be raised beginning any time, and we encourage team members to begin in their home church and often team members are soliciting funds during annual conference. This year all money must be collected and turned in by 3:30 p.m. Friday afternoon on June 14, before the picnic.

Give online here to support the Tug-o-Love!

All money raised will be split evenly between suicide prevention resources and Angola pastors.

In this section
2019 Mission Opportunities