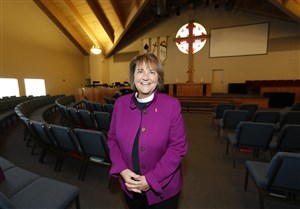 Bishop Karen P. Oliveto serves as the leader of the Mountain Sky Episcopal Area of The United Methodist Church, which includes the Rocky Mountain and Yellowstone annual (regional) conferences. It includes 400 congregations in Colorado, Montana, Wyoming, Utah, and a small section of Idaho. 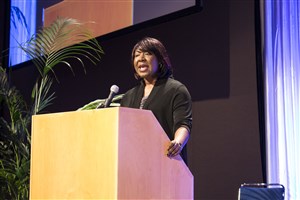 As the general secretary of GCORR, Erin is the team leader, coach, learner and teacher, leading the staff and board of directors on a journey of discovery of God’s call for this agency.

Erin builds on the solid history of GCORR by helping to make The United Methodist Church relevant to the times in which we are now living. The United Methodist Church and the world are more globally focused, more multicultural, and more multi-textured and complex than at any point in our history. GCORR must be about creating a culture at all levels of the church that welcomes that complexity and is focused on engaging more people, more young people and more diverse people. 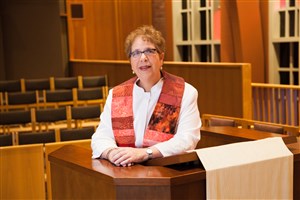 The Reverend Donna Pritchard is an ordained elder in the Oregon-Idaho Conference of The United Methodist Church, currently serving as Senior Pastor of Portland First UMC.  Prior to that appointment Donna served eight years as District Superintendent in southern Oregon, and pastored a variety of churches in Willamette Valley.

She also serves as a member of the Council of Bishops’ Commission on a Way Forward, where she brings her love for United Methodism to the theological and practical challenges confronting a divided church.

When not engaged in ministry Donna finds joy in her work as a silk painter and a single mom to two incredible young adult daughters.

In her Laity workshop, “Holy Conversations for a Way Forward,” Donna will help attendees explore some new ways of engaging in difficult conversations, especially in light of The United Methodist Church’s current conflict around human sexuality and inclusiveness.  As a member of the Commission on a Way Forward, Donna will share a short report during the afternoon of Saturday, June 9. 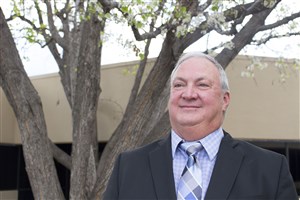 The Rev. Walter "Skip" Strickland is a United Methodist minister and current superintendent of the Peaks and Plains District of the Rocky Mountain Conference. He attended the University of Puget Sound in Tacoma, Wash. for his undergraduate studies, and later attended the Iliff School of Theology in Denver, Colorado for his Masters in Divinity. He was ordinied a deacon in 1979 in the Pacific Northwest Conference and then ordained an elder in 1981 in the Rocky Mountain Conference.

Skip served as a pastor at various churches in the Rocky Mountain Conference, including First UMC in Longmont, Pagosa Springs, Wilson UMC in Colorado Springs, Broomfield, Cortez, the San Juan Cooperative Parish, and Mountain View UMC in Boulder. At the conference-level, Skip was the Director of Mission & Ministry from 2007 to 2012 and has been a District Superintendent since 2012. He will retire this summer.

Skip has also been involved at the jurisdictional and general church level, serving as a member of numerous boards and agencies and was a delegate to the General and Western Jurisdictional conferences in 2012 and 2016. Communications has been a passion for Skip, and he was a commissioner for the UMC General Commission on Communications from 2012 to 2016.

Skip's other passion is music, and he is well-known throughout the Mountain Sky Area for his singing and playing the mandolin. He and his wife, Belinda, have two children, Ian and Lexi.

In this section
2018 Conference Theme