Musings in the Mountain Sky Area

Today is the start of the new appointment year: every pastor starts anew on this day, whether they have been moved or not.

For places where there is hurt and disappointment between pastor and parishioner, I pray that there may be reconciliation and right relationships so that even if there is not a pastoral move in your church, there may be a clean slate and a renewed sense of commitment to shared mission to make disciples of Jesus Christ for the transformation of the world,

I pray that as churches receive new pastors, there may be a wide and generous invitation on both parts to share life together so that you might share in ministry together.

For everyone, a new year means so many possibilities for faithful and creative ministries that transform not only the lives within your church, but in the larger community. Listen for the leading of the Spirit and boldly follow. Your community ought to be more whole, more just, more loving, because your church sits in the middle of it.

May God richly bless you and your ministries!

It was in college that my understanding of racism moved from a sociological concept to a lived reality.

In college, one of my professors was Black. One. Every day he came to class dressed in a three-piece suit. He told us about how nearly every time he drove through the town to get to work, he was pulled over by police. This wasn’t Birmingham in the ’50s; it was New Jersey in the ’70s. And whether with a colleague or his children, he would suffer the indignity of the police asking him to step out of the car. His crime? Guilty while driving Black.

Studies have shown that Black people are stopped by police officers at a higher rate than white counterparts. In 2016, Philando Castile was stopped by a police officer who said that Castile and his companion “just look[ed] like people who were involved in a robbery.” The stop turned deadly when the police officer opened fire.

A report shows that Castile was stopped 52 times between 2002 and 2016 for minor traffic violations. Most were ultimately dismissed, yet still Castile paid fines and fees of $6,588.

Driving while Black is expensive, with the ultimate price being loss of life.

We have also seen the crime of walking while Black. Studies have shown that motorists are less likely to stop for a Black person in a crosswalk. Police officers are more likely to ticket a Black person for jaywalking. Whether in a crosswalk or out of it, walking while Black has been shown to be dangerous to the walker. Read the story of Elijah McClain right here in Denver.

As bishop of the Mountain Sky Conference of The United Methodist Church, providing episcopal leadership for United Methodist churches in Montana, Utah, Wyoming, Colorado and part of Idaho, I have discovered that there is also such a thing as pastoring while Black.

The most recent example is in regard to a ministry the congregation at Park Hill United Methodist Church in Denver has been called to: providing care and shelter for the homeless.   The congregation is in partnership with Temple Micah, working with Colorado Village Collaborative to provide safe shelter for those unhoused in the Park Hill United Methodist Church parking lot.

My office has received many emails from neighbors complaining of the church’s decision. However, the content of the letters didn’t target the congregational members who made the decision. Every letter derided the pastor, the Rev. Nathan Adams.

At first, I chalked it up to not understanding how churches work. Ministry decisions — at least in The United Methodist Church — are jointly held by congregational leaders and the pastor. It is the result of communal prayer and discernment, of being close enough to people — especially those on the margins — to learn their needs and then use the resources we have to respond as the Body of Christ.

However, as letter after letter poured in, it became clear that the anger expressed by the writers wasn’t toward the congregation, but toward Rev. Adams, who was being singled out for pastoring while Black.

Things were said about his character by people who never met him. Overt hostility was expressed, and many stated their suspicions about his motives. The racism that oozed from these letters was nothing less than chilling.

Pastoring while Black, like driving and walking, has its costs. In Rev. Adams’ case, it has had legal risks. In a suit filed by Park Hill residents, three entities were named: the city of Denver, the Colorado Village Collaborative and Park Hill United Methodist Church. However, the suit included but one individual. The white executive director of the Colorado Village Collaborative was not named. The rabbi at Temple Micah was not named. Nor was any official from the city of Denver included in the suit.

Only one person: The Rev. Nathan Adams. A Black man.

Ever since Bishop Karen began as the episcopal leader of the Mountain Sky Conference, she has spent time in prayer and reflection for the laity and clergy of the MSC each Saturday night. You can join her live on Facebook or Youtube at 5pm each Sunday. Or you can catch her reflections here (click on an image if there are no words).

Usually, we meet live on Saturday nights, to pray for one another and the clergy and laity of the Mountain Sky Conference. I treasure this time together! Today, the Western Jurisdiction met in special session to further discern the number of bishops needed. As a result, I was unable to be broadcasting tonight, but I offer this reflection:

As the WJ met, I loved scrolling through all the faces of the WJ delegates: what a beautiful reflection of the image of God! From prairies and plains to desert and islands, we cover an amazingly rich and diverse geography. So, too, we embody that diversity through the many races, abilities, ethnicities, sexual orientations, gender identities, and ages. The Body of Christ is a wonderful sight to behold through the people called United Methodists of the Western Jurisdiction.

I love that we are a connectional denomination. We don’t stand alone as individuals or even churches. Through the structure of the UMC, our commitment to one another and the mission and ministries we share are strengthened and multiplied. We often think we alone carry ministry. But that ministry is supported and shared by other churches, structures, resources and staff far beyond the walls of your church.

We too often forget this! And when we do, we weaken our ministries and the witness we (can) have in the world. It really is one of the brilliant things John Wesley did, making sure that we remained connected even when separated by distance of geography. We embody what the early church did, holding everything in common, so that there could be no one in need. As a result, we have been able to deploy people and resources to the places that need it.

I need to remember this, not only in ministry, but my own life.
When I am feeling most alone, overwhelmed, isolated and alienated, I need to remember that I am a part of something bigger, something more than just my Self. I am a member of Christ’s body, a body in which there are no extraneous or nonessential parts. Each one of us is a necessary element in the larger body. We are here to help each other flourish as part of this body.

Our health and well-being are intricately connected to one another. When we live not recognizing the impact we have on one another, we harm the body. When we make decisions that don’t take into account the larger environment of which we live, move and have our being, we fray the fabric of community. There is a presence and power to the life we share that is made visible when we live out of an understanding that we are connected to one another, and can help one another, our churches, and our communities thrive.

THE GAMES OF SUMMER: Bishop Karen continues to explore the spiritual lessons of summer games. How can a toy glide teach us about Jesus' laughter and the ability to take ourselves lightly?

THE GAMES OF SUMMER: What are the spiritual lessons of Hide and Seek?  What does this game have to teach us about our relationship with God? 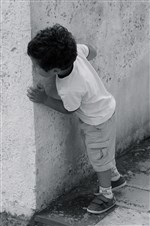 THE GAMES OF SUMMER: Bishop Karen begins a series of reflections on the games of summer, kicking it off with the great American Pastime: Baseball! Ever feel the pressure to be perfect? Baseball has a lot to teach us!