Prayer Request for the Family of the Rev. Gilbert H. Caldwell

Prayers for the family of the Rev. Gilbert H. Caldwell, who passed away peacefully this morning, Sept. 4. He lived in New Brunswick, New Jersey.

Caldwell was a prominent figure in the civil rights movement, walking alongside the Rev. Martin Luther King, Jr. According to an article about him from United Methodist Communications, Caldwell met King while attending Boston University for seminary. Later he joined the 1963 March on Washington and spent a Freedom Summer supporting voter drives in Mississippi as well as marching from Selma to Montgomery. 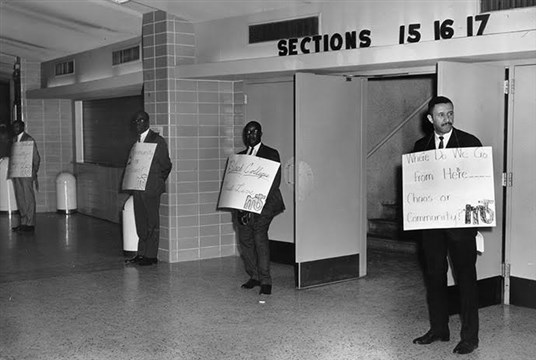 Caldwell served as senior pastor of five predominantly black churches and four mostly white churches over the span of six decades. In the legacy Rocky Mountain Conference, he served Park Hill UMC in Denver from 1997 to 2000. He retired in 2001. Caldwell was also the author of four books and his writings appeared in publications from the Boston Globe to the Huffington Post.

Bishop Karen Oliveto said, "Gil was a spiritual giant, knowing that to be faithful to the gospel requires much. A civil rights leader, he understood the intersectionality of oppressions long before others were talking about it, always standing with the marginalized to extend God's love and justice in the world. Now he passes that mantle to all of us. Rest in peace and rise in power, good and faithful servant."

A Zoom memorial service honoring Caldwell will be announced later. More details will be shared through the Mountain Sky Conference News.