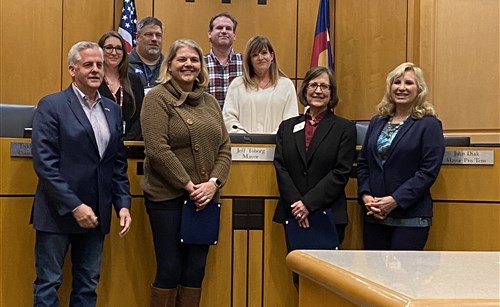 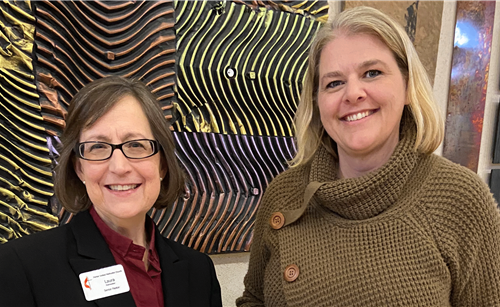 The Town of Parker officially recognized the contributions to its community by Parker United Methodist Church.
The Mayor, Jeff Toborg, read a statement that thanked the church and its members for serving the community since 1911. The church's support with various local missions as well as its building serving as a community center were commended. As Mayor Toborg said, "most of Parker's cub scouts meet in the church building!"
Pastors Laura Rainwater and Cody Anderson accepted the certificates of recognition on behalf of all of Parker UMC's members.