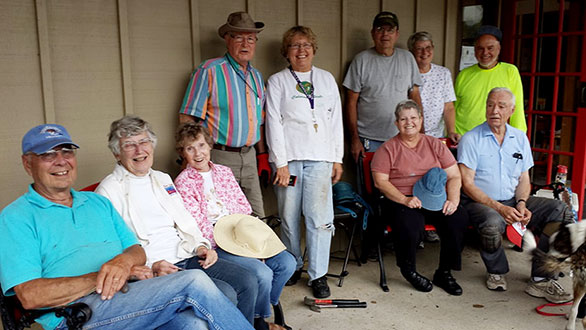 Estes Park is a community that was hit hard by the September 2013 flood. The extensive flooding of the Estes Park community and beyond took its toll on residents in many ways, both physically and emotionally. People were (and still are) weary about the massive amount of work yet to be done and the fact that they will forever live in a new “normal.”

In addition, the year before the flooding there were fires that threatened Estes Park -- one in June 2012 that leveled 21 homes and another one that burned in Rocky Mountain National Park for several months. And after the flooding came the government shut-down, affecting the Estes Park community economically, with no tourism nor employees at both the park and businesses in town. Needless to say, the community was fearful as to whether or not the economic impact of the disasters was going to be devastating. 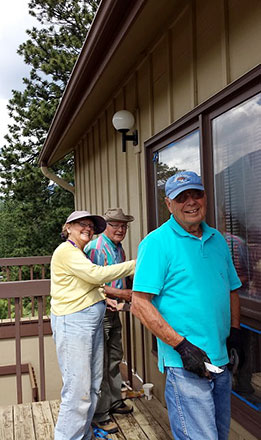 e from the church community of the United Methodist Church of Estes Park experienced first-hand how devastating these disasters could be, especially the flood. Recovering from the flood was a daunting task to many. After hearing of the struggles of the UMC of Estes Park, a Denver area church community decided to help. Trinity United Methodist Church, led by Rev. Miriam Slejko, pulled together a volunteer mission team and traveled to Estes Park.

“Our emergency response team worked well together. They were able to do what was needed at the church, felt a sense of accomplishment and gained confidence in themselves and as a team,” said Rev. Miriam Slejko from Trinity UMC. “The experience helped them bond as a team and discover how they can work together productively. They want to continue to work together and help others affected by the flood.”

“The Trinity team brought energy and a willingness to help with some long needed repairs to the church,” said Rev. Donna Patterson from the UMC of Estes Park. “Windows were chalked and painted, the deck was repaired and painted, as well as the fencing. It was a gift of encouragement to have the team come spend time helping our church spruce up the outside appearance.”

While the Estes Park community continues to recover from the flood and other recent disasters and events, the UMC of Estes Park church members received the greatest gifts they could have from Trinity UMC -- a cheerful presence, incredible hard work, encouragement, and a sense of hope and healing for their future.

Click here to get more information about the Colorado UMCOR team and its continuing work with helping flood survivors.