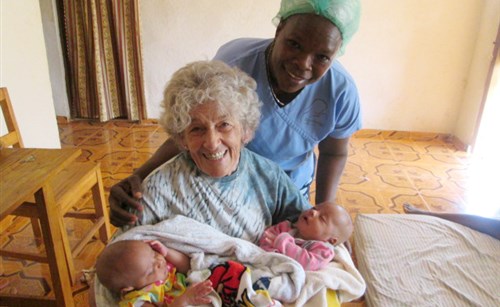 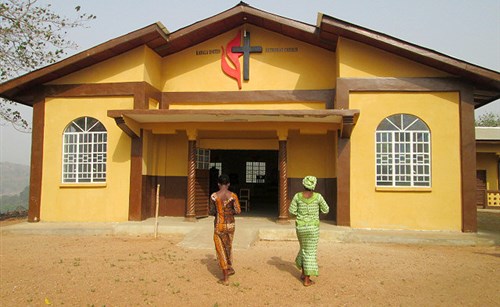 Each year, the Rocky Mountain Conference Board of Global Ministries sponsors the Bridge of Love Offering at the annual conference session. This offering is a free-will offering available to all churches in the conference. The offering is used to assist at national and/or global areas in crisis or recovering from a crisis.

This year, the offering will be used to help our suffering sisters and brothers recover from the Ebola epidemic in Sierra Leone. Specifically we will provide funding to assist in the recovery, re-energizing and expanding of the decimated United Methodist Church health system. An emphasis will be placed on the education and training of both previous and new health workers and a health and hygiene emphasis in UMC secondary schools. Hopefully, the people can return to a “safe and dignified life."

The Sierra Leone UMC Conference has two major hospitals: one in Freetown, the capitol city, and one in the Southern Province, located in Bo, the second largest city. In addition they have 10 local clinics located in smaller villages.

WHAT WILL SIERRA LEONE DO TO RECOVER FROM THE EBOLA EPIDEMIC?

Here is what they face and must overcome:

Sierra Leone Bishop John K. Yambasu (pictured above) has laid out a three-year "Post-Ebola Recovery Response Strategic Plan" with initiatives focused on: Prevention, Advocacy, Restoration and Care. One of the major aims is on engagement -- either through grassroots efforts in local villages, religious leaders, the school system and other non-government organizations operating in Sierra Leone.

The United Methodist Church, through one of its merger partners, The Evangelical United Brethren Church, has been active in Sierra Leone since the mid-1850s when the first missionaries arrived. In the mid-1870s, six of those missionaries were martyred during a rebellion against Britain. The graves of those missionaries can be visited at the Rotifunk UMC Memorial Church in the Southern Province.

During the gold rush in the Rocky Mountains, Rufus Clark moved to the Denver area -- not to get rich on gold, but to feed the hundreds of miners. His first crop was potatoes and he was so successful he became known as “Potato Clark”. His success led to riches and a significant influence in early Denver history. From his original farm, on what is now Overland Park Golf Course, he expanded his property and formed the city of South Denver. He donated the land on which the University of Denver now resides.

Rufus, and two of his wives, Lucinda and Ella, (it is said by some that he worked his wives to death), and his daughter, Mary Clark Walker, supported the efforts of The United Brethren Church in Sierra Leone. In 1886, Rufus and Ella established the Rufus Clark and Wife Theological and Training School of Shenge, Sierra Leone, a Mission of the United Brethren Church. Upon his death in 1910 Rufus left $500,000 (an estimate) to this school. Rufus, two of his wives, and his daughter, are buried at Riverside Cemetery in Denver. Their common head stone is engraved, “They lived and gave of their substance for the redemption of Sierra Leone, West Africa”.

A quick Q&A on the Bridge of Love Offering:

Q: What is the Bridge of Love Offering?

A: The Conference Board of Global Ministries sponsors a free will offering called The Bridge of Love at each Annual Conference. The purpose of the offering is to assist both national and/or global programs in need. These needs can be support to expand and improve existing programs or to help fund areas in crisis. In 2015 the Bridge of Love Offering will support the “Post Ebola Program” of the Sierra Leone UMC Conference.

Q: How will the funds be sent to Sierra Leone, monitored, and used?

A: The offering will be received during the Annual Conference by members of the Conference Board of Global Ministries. All the funds will be given to the RMC Treasurer who will send them direct to the Sierra Leone Conference. Bishop Yambasu in Sierra Leone has a full staff in the Conference office including a Conference Treasurer. The Bishop fully honors our need for accountability and transparency.

Q: What did Ebola do to Sierra Leone and The United Methodist Church?

A: (Excerpts from the Sierra Leone Conference Post Ebola Program)

Q: What are some highlights of the post-Ebola program in Sierra Leone?

Excerpts from the plan:

Q: Is, or was, UMCOR helping in Sierra Leone?

A: Yes, but not with personnel. UMCOR provided funding to the Bishop of Sierra Leone to purchase Ebola related medical equipment and supplies for the UMC health workers. Funds were also provided to assist with food and medicine for Ebola effected families at the Conference hospitals, clinics, and village churches. The Sierra Leone Bishop is requesting assistance from UMCOR for several aspects of the Recovery Program.