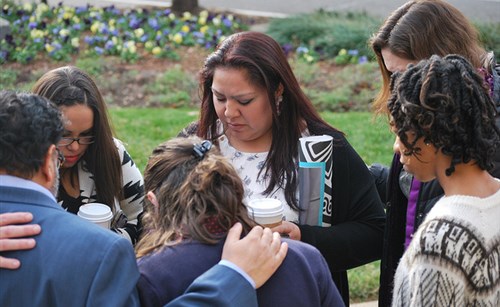 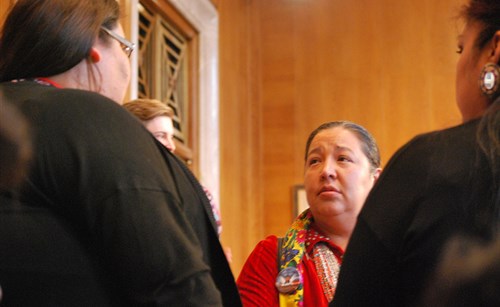 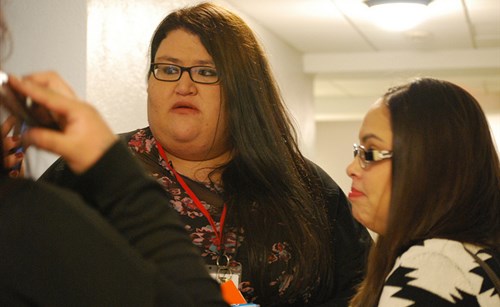 Members of the Blackfeet United Methodist Parish of Browning, Montana leveraged the United Methodist connection to assist in telling the story of a missing young woman. Kimberly Loring-Heavy Runner was invited to testify to the U.S. Senate Committee on Indian Affairs about her sister, Ashley Loring-Heavy Runner, who has been missing since June 2017. The Senate hearing, "Missing and Murdered: Confronting the Silent Crisis in Indian Country” took place on Dec. 12.

Kimberly, her cousin Lissa Kicking Woman and their families are affiliated with the Blackfeet United Methodist Parish (BUMP). BUMP sought to ensure these two young women could address the U.S. Senate regarding Ashley, and highlight the issue of Missing and Murdered Indigenous Women – #MMIW. It was the United Methodist Women of BUMP who initiated fundraising and the United Methodist response, stating:

We support all the efforts that Kim and Lissa are doing to bring the #MMIW crisis to the national forefront of news. Too many of our people are going missing and murdered with no accountability for the failures and disrespect from all levels of law enforcement. We as United Methodists need to stand with our #MMIW and demand, 'We are important, we are missed, we are loved, and we are God's children!'


The staff of the Mountain Sky Conference of The United Methodist Church mobilized to find support so that Kimberly and Lissa could travel to D.C. and tell their story. Laurie Day, Director of Community and Congregational Engagement, also reached out to the General Board of Church and Society (GBCS) for further assistance and accompaniment for the two women to their hearing. GBCS provided housing and guidance for Kimberly and Lissa throughout the process of the hearing.

“Our Native American sisters are being murdered and are missing at alarming rates and Native American women make up a disproportionate number of missing persons cases. We must tell their stories. We must enact legislation to address this crisis.”


In her testimony to the US Senate Committee of Indian Affairs, Kimberly urged:

We [Native American women] are going missing, we are being murdered. We are not being taken seriously. I am here to stress to you we are important and we are loved and we are missed. We will no longer be the invisible people in the United States of America, we have worth.


Following the Senate hearing, Kimberly thanked The United Methodist Church and all the people who supported her journey to speak at the hearing. She shared, "I feel so honored I got to speak on behalf of my sister and all MMIW. We made change happen!"

We in the Mountain Sky Conference are committed to the ongoing work with Native American communities. The Blackfeet United Methodist Parish is one of our Native American congregations and its leadership reflects the value of empowering indigenous peoples to speak for themselves. Additional information about this story can be found at the following links: