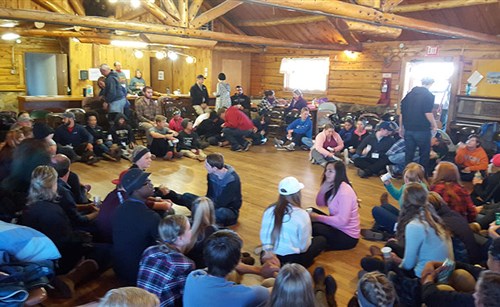 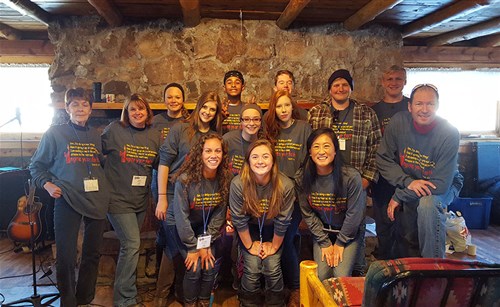 From Nov. 6 to 8, high school youth from across the Rocky Mountain Conference gathered at Buckhorn United Methodist Camp and Retreat Center for Ignite 2015. The theme of the weekend was RE:Igniting Our Faith, and through activities and small-group discussions there were plenty of opportunities. The music for worship was provided by a local church band and the keynote speaker, the Reverend Roger Wolsey, had an incredible set of activities set up to open our eyes to the changing world that surrounds the church.

After some basic introductions and brief worship Friday night, activities kicked off at full-speed Saturday morning. Morning activities consisted of an awesome worship service/keynote along with Gaga-ball, 9 Square, and a lot of teamwork. Later in the day, the group split up into local churches and completed a prayer walk and some quiet reflections.

The Youth Service Fund (YSF) was having a very competitive fundraising battle between the girls and the guys, and raised $423.29. The boys held the lead for the first half of the retreat, but come Saturday night, the girls had pulled ahead. The male representative for YSF, ended up dying half of his head blue as a punishment for losing!