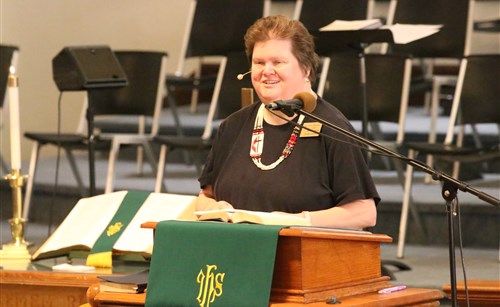 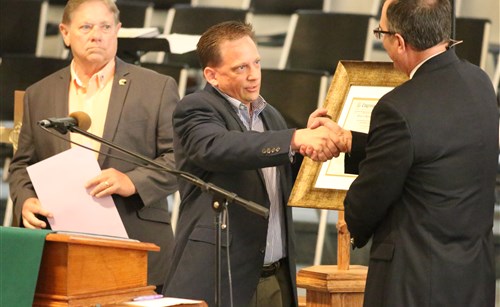 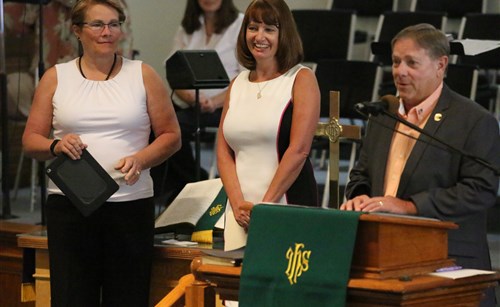 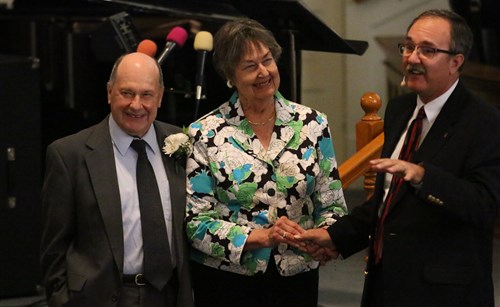 The First United Methodist Church in Cañon City, Colorado, celebrated its 150th anniversary with a special service and Re-dedication Ceremony on Sunday, Sept. 18. Trinity District Superintendent the Rev. Margaret Gillikin gave the sermon on “Gospel wisdom for today and the next 150 years”.

Special guests in attendance were Jeannette Fredregill, daughter of Rev. Benjamin Eitelgeorge, the 33rd pastor at the church, and Robert Allen, the great-grandson of Warren Fowler who helped found the church. Also in attendance were Dale Anderson, district director from Representative Doug Lamborn’s office who presented a Congressional Record, Commissioner Debbie Bell, Mayor Preston Troutman, who presented a Proclamation from the City of Cañon City, and Cañon City Chamber of Commerce Director Lisa Hyams.

The ceremony was followed by a community open house. Pastor Eric Feuerstein said, “We are happy to have served this community for the last 150 years, spreading the Good News of our Savior Jesus Christ and look forward to the next 150 years.”