Did you know that United Methodist Women currently supports seven Regional Missionaries in Sub-Saharan Africa, Asia, Latin America and the Caribbean? Since the program’s initiation in 2000, all funding for Regional Missionaries (both programmatic and salaries and benefits) has come from United Methodist Women’s mission giving. These seven women work in areas of the world local to them rather than at one specific site. Their work is composed of building relationships with Methodist, United Methodist, ecumenical and grassroots programs that focus on issues of health, gender equality, the elimination of violence among women, and support for the uprooted and marginalized. 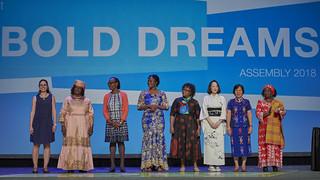 United Methodist Women Regional Missionaries at Assembly 2018
Each program reflects the needs and priorities of the region, but there are many commonalities in their efforts including: Finda Quiwa, a regional missionary working with youth across Africa reports, “There’s an old saying that if you educate a woman, you’re wasting your money. So we are still looking at the challenge of women being held back because they don’t have access to education. Women can do better if they are allowed to perform according to their ability.” 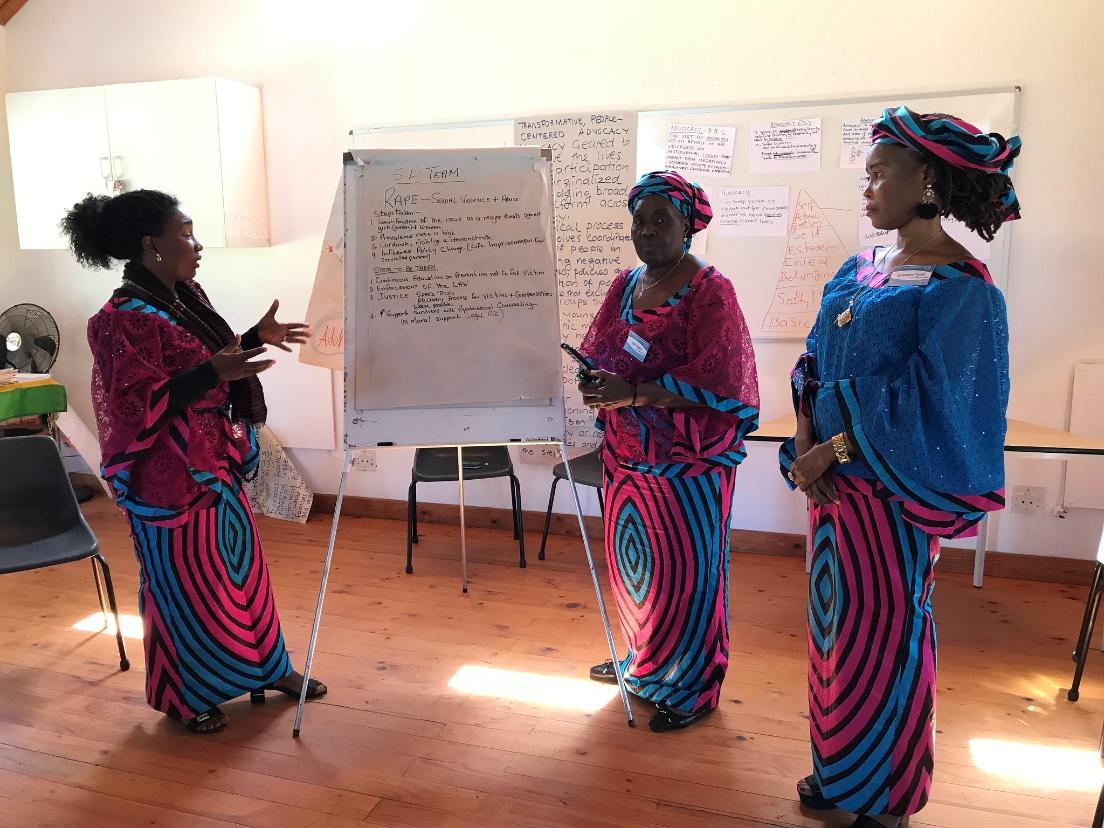