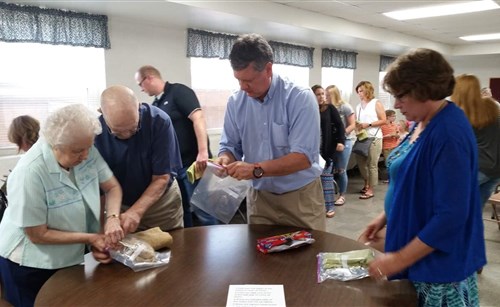 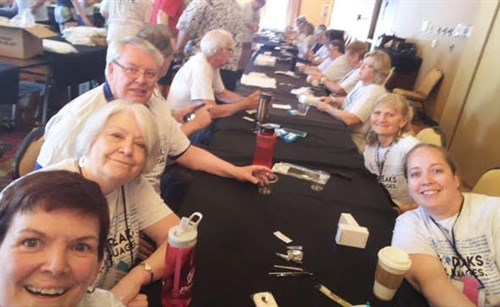 I attended the Annual Conference of the Rocky Mountain Conference (now Mountain Sky Conference) of the United Methodist Church these past few days.  I was a voting delegate for my home church. But I would have attended in any case, because my very dear friend, Sharon (who I met 6 years ago by sacred coincidence at Annual Conference), was ordained as an elder in full connection. She asked me to be there with her—on the stage—for the occasion and I wouldn't have missed it for the world. Those wholly holy moments were so richly intense with emotion, that I won't even try to describe them. It will have to suffice to say that I was deeply touched—honored and privileged—to be there and so intimately included.

What I may be able to begin to describe is my new and deeper understanding of the connectional nature of our denomination. When I became a Methodist, after being raised as a Presbyterian, I didn't really understand what a connectional denomination was. And I was really confused when I first began to attend Annual Conference and heard the entire denomination referred to as "the connection."  While the word "connectionalism" has a meaning that is very specific to the organizational structure of Methodism, what I experienced over the past four days of holy conferencing was a very personal web of connections and interconnections that went far beyond the bounds of church.

When I went to my district dinner, I found my college roommate, Deb, was there. Her efforts to help ease the plight of the homeless in her community were highlighted. At the end of the dinner, my pastor was one of the first to speak to Deb and offer thanks for her commitment to loving neighbors in her midst. I was able to weave my Hastings College connection into the faith fabric of my life by telling him about my 40 years of relationship with Deb.

Shortly after that, another woman that I know through a different Hastings College connection came to greet Deb. Connie greeted Deb on behalf of United Methodist Women across the denomination. I was able to link these two women together through our mutual friend, Jeff. Deb knew him at Hastings College. Connie knows him through a choral group in which they both perform. And in a single and brief interaction, the web was built both stronger and wider.

At the ordination service, I looked at the stage and saw my friend, Sharon (who I met at Annual Conference six years ago), and my new friend, Valerie (introduced to me only very recently by Sharon), being presented for ordination by my former UM Youth Fellowship youth, Jessica (who now heads the Board of Ordained Ministry). And then I watched my friend and former pastor, Trudy, help place the ordination stole around Valerie's neck. That was a "wow" moment that blended connections past and present in a very unique and unexpected way.

When I sat down in the large conference room on Friday afternoon, I intentionally picked a place beside people I didn't know. I wanted very much to build new connections. Little did I know that I had chosen to sit amidst the delegation of people who are to receive my friend, Sharon, as their new pastor on July 1. In my moments of conversation with new acquaintances, I not only created new ties, but also strengthened our existing and mutual bonds.

While some might call all of these mere coincidences, I can't help but think of them more as the sacred "ties that bind our hearts in Christian love"—people and projects inspired to action by Christ's love and brought together over spans of time and space in very unexpected ways. For me personally, that is what the United Methodist "connection" is all about.  And it leaves my heart feeling "strangely warmed."