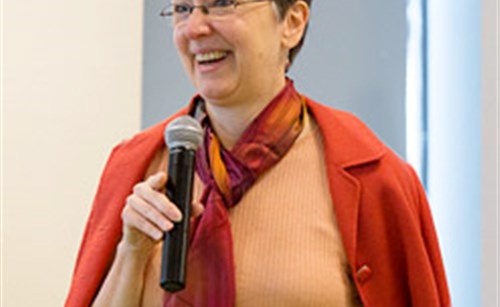 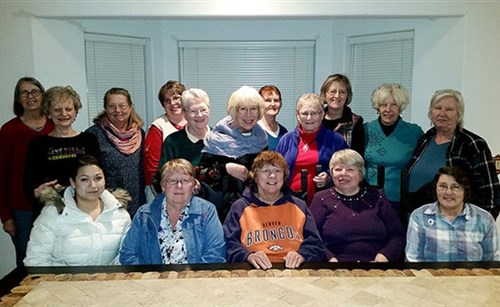 All women are invited to the United Methodist Women Spiritual Life Retreat from April 24 to 26 at the YMCA of the Rockies in Estes Park, Colorado. This event promises to be a spirit-filled time of renewal. Harriett Jane Olson, General Secretary and CEO of the United Methodist Women's National Office, will be the keynote speaker. "Spiritually Empowering Women" is the theme and the scripture study will be Ephesians 3:16. "I ask him to strengthen you by his spirits - not a brute strength but a glorious inner strength - that Christ will live in you as you open the door and invite him in." (The Message).

In addition to reflection time in the mountain grandeur, there will be workshops and time for community-building. Each woman will be able to shape the weekend to choose activities to nourish her soul. Special activities also are planned for young women, including assembling health kits for UMCOR. Download this flyer for more details. Request a registration form from Myrna Prentice by emailing myrnaprentice@mac.com, if one is not available from your local UMW unit. Early bird registration deadline is March 27.

If you want to go to the retreat, then ask. Find the UMW in your church and ask them. It's about time our generation said, "I'm not just the future, I am the present, too." and jumped into the UMW. I make time for one of the most amazing organizations out there, and sadly many people my age don't even know or understand it - the United Methodist Women. It is one of the most stress relieving factors hat I have in my life. And the energy - it is probably my favorite thing about the retreat. Everyone praises God's word and has a fun time doing it, too. - Elizabeth Ferriman a teen UMW

A Harvard Law School graduate, Olson practiced real estate and environmental law (1983 to 1996) for a New Jersey law firm that is now part of Day Pitney LLP before working for the church full-time. From 1996-2007, she was senior vice president for publishing, editor for church school publications and United Methodist Church book editor for the United Methodist Publishing House, Nashville, Tenn. She holds a bachelor's degree from Houghton College in Houghton, N.Y., where she serves as a trustee.

Olson has a long history of service in The United Methodist Church. From 1988 to 1996, she was a director of the United Methodist General Board of Discipleship and was a delegate to the 1988, 1992 and 1996 General Conferences of the denomination. She also served on a number of committees in the former Northern New Jersey Conference. Among those were the conference task force on sexual harassment policy and the conference Commission on the Status and Role of Women. From 1985 to 1996, she spoke and taught on Words That Hurt, Words That Heal, the landmark publication that defined inclusive language needed for the church to embrace all people.