House Divided: A Politics of Compassion on Sept. 23 Vital Conversations

Please join Superintendent Annie Arnoldy on Wednesday, September 23 at 11:30 a.m. as she welcomes Rev. Mark Feldmeir to discuss how, as people of faith, we are called to practice a politics of compassion in our broken world.

If you've grown weary of the hyper-partisanship that plagues and paralyzes our national debate; if you're exhausted by the "outrage industrial complex" that vilifies those on the other side of the political aisle; if you're exasperated by our current culture of partisan divisiveness that turns friends and family members into enemies and makes political progress impossible--there is a more hopeful, generous, and faithful alternative. 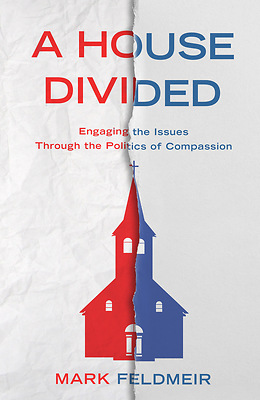 It's based on the assumption that Americans are not nearly as polarized in their actual convictions as the current political rhetoric suggests.  Polls consistently show that we have far more in common than we've been led to believe by the media, which are driven by profit, and our political institutions, which are motivated by power. Each is highly organized and resourced to amplify and exploit the differences among us. Each preaches a message that elevates penultimate things over ultimate things. Each perpetuates a kind of dualistic thinking that coerces us to view our neighbors in terms of good and evil, right and wrong, friend and enemy.  The result is that we have never been more divided as a country, and never more isolated, socially disconnected, and lonely as individuals.

The antidote to this politics of contempt is not a politics of compromise which seeks to end the disagreement. In our politics, as in our religion, we tend to make idols out of centrism and the "middle ground." There's nothing inherently noble or courageous about standing in the middle. Democracy always thrives on the vigorous competition of opposing ideas, and Christian witness always demands a prophetic spirit that drives us to the margins. Consensus politics often lacks the moral courage to effectively dismantle the evils and injustices of our world, such as racism, sexism, homophobia, to name a few. A politics of compromise is not the cure to what ails us.

These hyperpolarized times call us to transcend a politics of compromise in favor of a politics of compassion which fosters a way of relating to others and responding to today's issues with universal care, concern, and commitment for the sake of the flourishing of all human and non-human forms of life.
By doing so, we can reorder our everyday conversations and renew our commitment to practicing a kind of politics that embodies grace, reason, and humility, for our sakes, and for the sake of the common good.

Rev. Mark Feldmeir is Senior Pastor at Saint Andrew United Methodist Church in Highlands Ranch, CO. Mark Feldmeir is the author of four books, including his latest work, A House Divided:  Engaging the Issues through a Politics of Compassion.  He has served on the Adjunct Faculty at Claremont School of Theology, where he has taught homiletics and has spoken at various conferences throughout the country on topics ranging from preaching, politics, and pop culture.