Please pray for the family and friends of the Rev. Robert Z. Carlisle II (Bob), who passed away Jan. 10 at the age of 82 after a two-year battle with cancer. He was a retired deacon in The United Methodist Church and served in the legacy Rocky Mountain Conference at Trinity UMC in Denver, CO for nearly two decades. His son, Matt, serves in Discipleship Ministries for the UMC. In addition to helping establish the Order of Deacon at the 1996 General Conference, Bob also was a published author and was awarded the Harry Denman Award in 1994 by The Foundation for Evangelism.

According to his online obituary, the family will hold a private graveside service at Williamson Memorial Gardens in Franklin, TN. A celebration of life will be held at Bob's home church, Christ UMC, when health provisions allow.

Condolences can be sent to his wife Judy Carlisle at 2056 Morrison Ave., Spring Hill, TN 37174. In lieu of flowers, the family encourages donating to The Nicaragua Project, a ministry supported through Christ United Methodist. Visit https://christumcfranklin.org/give and note “Bob Carlisle” in the Memorials field. Read his full obituary below: 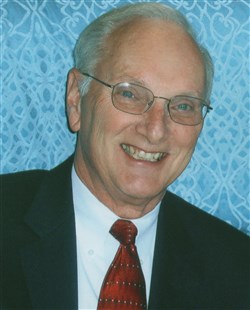 The Rev. Robert Z Carlisle II (Bob), devoted husband, father, and grandfather, died Jan. 10 after a two-year battle with cancer. A retired deacon in the United Methodist Church, he committed his life to making disciples for Christ for 56 years, serving ministries throughout the country. He was 82.

Rev. Carlisle was an only child, born in Stillwater, Oklahoma, on Nov. 14, 1938, to Effie E. Jorns Carlisle and Robert Z Carlisle. As a child, Bobby, as known by his childhood friends, was passionate about stamp collecting, sports, ham radio (K5CKZ), and scouting, earning the highest Boy Scout honor, Eagle Scout, plus two Eagle Palms. Bob graduated from Midwest City High School in 1956. That fall, he entered Oklahoma City University where he earned a Bachelor of Science degree in electronics in 1960. He met his future wife, Judith Shelby, his junior year at a dance. Soon after graduation, they were married by his uncle, Rev. Elza Jorns, on June 5, 1960, at Madill Methodist Church. The newlyweds moved to Boston, Massachusetts, for a short time as Bob completed training with Western Electric. Returning to Oklahoma that year, he began work with the Federal Aviation Administration as a radar equipment technician and navigational aids analyst. In March of 1961, Bob and Judy welcomed their twin daughters, Lori Christine (Chris) and Catherine Elaine (Cathy). Bob soon realized that the passion he had for ham radio didn’t stem from working with electronics, but rather communicating with people.

Robert heard a calling to ministry that began in December 1964 at Crown Heights Methodist Church. He served as youth director. Their first son, Robert Craig, was born in May of that year. Over the next ten years, Bob accepted positions at First Methodist Church, Duncan (1966), Nichols Hills United Methodist (1969), and McFarlin United Methodist (1970), serving in Christian education and program ministry positions. Bob and Judy welcomed their son, Matthew Shelby, in June 1971. Completing coursework at Perkins School of Theology, Bob earned his Associates of Christian Education and was consecrated in lay ministry at the 1972 meeting of the Oklahoma Annual Conference. He provided significant leadership as part of the United Methodist Christian Educators Fellowship (CEF) during this time.

In 1976, Bob accepted the position of Minister of Program at Trinity United Methodist Church, in Columbus, Ohio. Leaving their home in Oklahoma for Ohio was a significant transition for the family. They were quickly embraced by many, now, life-long friends. Inspired by the mini-series “Roots”, he embraced a love of genealogy. This passion lasted until his death. He documented not only his family lineage but that of many friends. Bob’s research appears in numerous printed and online genealogical journals. Soon after the arrival to Ohio, he was consecrated as a Diaconal Minister within the United Methodist Church during the 1977 session of the West Ohio Annual Conference.

In June of 1984, Rev. Carlisle was appointed Executive Director of Red Bird Mission, in Beverly, Kentucky. Red Bird’s school, health clinic, and numerous other services offer support to those underserved throughout southeastern Kentucky. When asked what he found most rewarding about his life, Bob wrote in a journal to his granddaughter “serving people, knowing that I had an effect on their lives.”

The impact of Rev. Carlisle’s ministry is no more apparent than the discipleship system he developed during his more than 18 years serving Trinity United Methodist Church in the heart of Denver, CO. His discipleship model, for many years, was adapted or implemented by congregations throughout the United Methodist connection. Appointed to Trinity in 1986, Bob and his team of tireless volunteers would spend hours on the phone most evenings building relationships. They opened the door to a new church home, service opportunities, and relationship with Christ for thousands. It was during this time that Rev. Carlisle mentored numerous seminary students through the James E. Barnes Iliff Intern program. He was awarded the Harry Denman Award in 1994 by The Foundation for Evangelism. Through Bob’s efforts, Trinity strengthened their support of ministries to the homeless through the St. Francis Center and those underserved in the Appalachian Mountains through a long-term partnership with Red Bird Mission.

Rev. Carlisle spoke proudly of being part of the effort at the 1996 United Methodist General Conference to establish the Order of Deacon. In 1997, Bob was proudly ordained a deacon in full connection at the Rocky Mountain Annual Conference session. Following his retirement in 2005, Bob and Judy moved to Spring Hill, TN, to spend time with their three grandchildren. Not one to remain idle, Rev. Carlisle served part-time at Christ United Methodist Church, in Franklin, TN, as Minister of Evangelism. He also served as a consultant and was later hired as Acting Certification Administrator with the General Board of Higher Education and Ministry in 2005. This provided Bob the opportunity to support future deacons and those navigating the United Methodist certification process. Rev. Carlisle fully retired in 2015.

In retirement, Bob never missed an opportunity to root on his grandchildren at their volleyball matches, sporting events, and numerous other activities. A loving and supportive father and friend, Bob and Judy traveled the country visiting their children and many friends. In 2011, Bob co-authored the book, The Lotz Family: Survivors of the Battle of Franklin for the Lotz House Museum, in Franklin, TN. On weekends, he enjoyed guiding tours of the Lotz House Museum and sharing the history of the Battle of Franklin.

Robert is survived by his wife, Judith Carlisle, of Spring Hill, TN; daughters, Chris Carlisle, of Franklin, TN, Cathy Carlisle-McMullen (John), of El Portal, CA; sons, Craig Carlisle, of Spring Hill, TN, Matthew Carlisle (Shannon), of Franklin, TN; and three grandchildren, Grace, Ella, and Ethan Carlisle, of Franklin, TN. He was preceded in death by his parents Robert Z Carlisle and Effie E. Carlisle. The family will celebrate Robert’s life during a private graveside service at Williamson Memorial Gardens in Franklin. When health provisions allow, a celebration of life will be held at Robert and Judy’s home church, Christ United Methodist. In lieu of flowers, please consider donating to The Nicaragua Project, a ministry supported through Christ United Methodist. Visit https://christumcfranklin.org/give and note “Bob Carlisle” in the Memorials field.