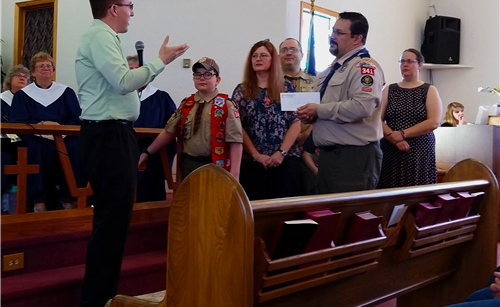 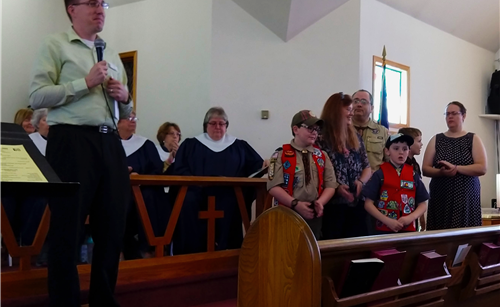 It’s been a rough six months for Cub Scout Pack 341. In November 2017, the pack was busy with its annual fundraiser, selling popcorn outside the King Soopers store in Firestone, Colorado. All was going well. The pack’s leaders estimated their scouts had raised enough money to pay for summer camp and the unit’s rechartering fees. Unfortunately, a check of the pack’s bank account told a different story. A large amount of popcorn cash, totaling almost $9,800, was never deposited. After a brief review, it was determined that two overseeing the fundraiser had embezzled the funds. The local police were contacted, and the Longs Peak Council of the Boy Scouts of America was informed. An official investigation was subsequently launched, and as of March of this year, it is still on-going. With no resolution in sight and a high likelihood that the money would never be recovered, Pack 341 was facing a highly uncertain future.

“When we heard about their situation, the leaders of Rinn Church were eager to step up and help.” said Pastor Bryson Lillie. “We are Pack 341’s chartering organization. And as our church vision is to extend our God’s family into our community, we thought, what better way for us to show the Spirit of family than by supporting the scouts in their time of need?”

Rinn’s church council rolled out two initiatives to help. The first was to divert the proceeds from an annual Super Bowl Burrito fundraiser to benefit the pack. Second, the church planned a “Sponsor-a-Scout” pledge drive.

“It costs $75 dollars to recharter one scout for year of scouting,” said Pastor Bryson. “So I challenged Rinn’s congregation to consider sponsoring one of Pack 341’s fifty-five Cub Scouts for 2018.”
He never imagined the ensuing response.

The plates from the first Sunday pledge offering overflowed with envelopes. Within days checks and cash were steadily coming into the church office, one written for a thousand dollars. The money kept coming in. Even after the pledge drive deadline, offerings were still received. In the end, Rinn Church’s leaders were amazed at the total.

“In our initial conversations, we estimated it would take $4,125 to recharter every member Pack 341.” Said Bryson. “I would have been thrilled if we’d gotten half of that. So imagine the reaction when we raised $5,310 and ended up sponsoring the entire pack!”

Pastor Bryson wasn’t the only one amazed. Pack 341’s Cubmaster, Ed Kloczkowski, was equally stunned. During a check presentation ceremony in worship on March 18, Ed and other leaders of Pack 341 were greatly surprised by the final total. They could barely express their thanks to the congregation. Thanks to God’s generosity through the people of Rinn Church, Pack 341 will be able to continue on in 2018, with additional money to put towards camp scholarships.

This was undoubtedly grace in action, and Rinn Church looks forward to walking with Pack 341 through the remainder of the embezzlement investigation, continuing to bring God’s goodwill into a difficult time.