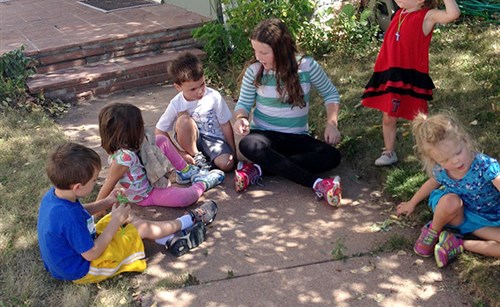 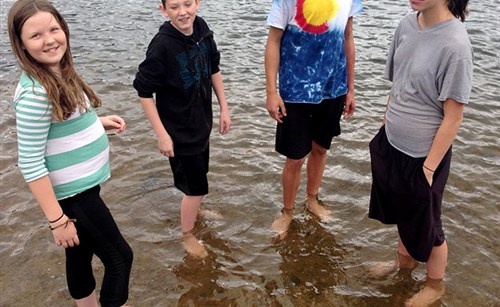 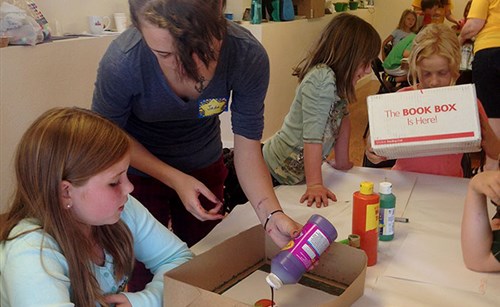 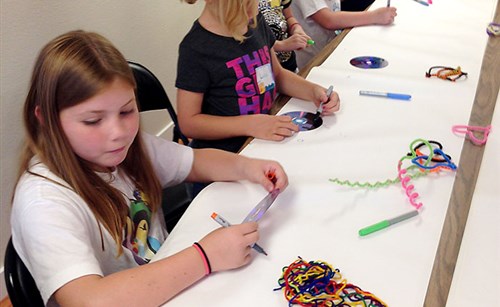 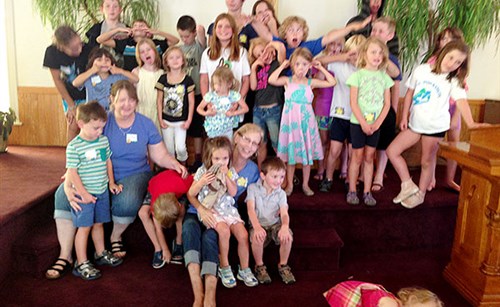 Sacred Stones Ministries, Inc. provided a week of mission from Aug. 10 to 14 for four Denver youth who had not been on a mission trip before primarily due to funding. Adrien Robinson, Jade Beals, and Cameron Steelman all are members of Bethany United Methodist Church in West Denver. Morgan Rooks is a member at Cameron UMC in Southwest Denver. The opportunity was for these four youth to provide an original Summer Camp/Vacation Bible School experience for the children of Lyons, Colorado, and to help with the continued flood recovery that the Lyons community experienced two years ago this fall. Revs. Nani Arning and Denise Bender provided the original curriculum and leadership for the youth.

The generous offering of one family’s home for lodging allowed the mission team to stay together. The people of Lyons provided all the meals and evening activities. The week was a learning experience for all children and youth who participated.

The theme was “God’s Colorful Creation,” which explored different biblical stories along with inviting the children to be more aware of the colors that God has provided for us. Through God’s creation we know of God’s overwhelming and unconditional love for us. The children made planters, marble paints, cross necklaces, as well as experimented with shaving cream, milk, string, and balloons. Each morning the children sang, participated in movement, heard a story, talked about the Bible story, did science projects, art projects, recreation, and, of course, snacks. Twenty-five children from Lyons participated at the Lyons Community Church where Pastor Emily Flemming is senior pastor. The volunteers who gathered supplies and provided snacks each day were very dedicated and were essential to a successful camp.

The afternoons were spent by the youth with cleaning a garage floor, cleaning a house, weeding gardens, and moving pews. This kind of work was new for the youth, but they embraced the essence of helping others in need.

Here is one of the flood stories we heard:

The family we stayed with lived up a canyon jut past Lyons. There were the parents and two sons – age 9 and 5 – as well as the grandmother with health issues. The family also has four very large dogs. Even though they were high in elevation, the floods still majorly affected them. They live high enough on the side of the mountain that there was no water damage, but the water rose in the dry creek bed to about 8 feet with water pouring over the sides of the canyons like water falls.

The rains came on Sept. 12, 2013 – they were three days without power and water, then the road below was become covered with water and the bridge was about to go so they were evacuated. The grandmother had to have O2 and without electricity they had to med evacuate her to a hospital after which she found a room at the Residence Inn on the main floor where she lived for the next three months.

The family moved to a hotel in Boulder and was fortunate to find a townhouse where they could live for the next three months, as they had to wait for the power and water to be restored to their home along with a new roof from hail damage. The roads were impassable and neighborhoods were closed while the process of restoring utilities and roads occurred. The National Guard was out in force to protect the vacant homes. From September until Christmas they were displaced.

A woman who lived with her mom who is in her late 80’s with medical issues told us their story as we finished scraping two-year-old mud off of her garage floor – the only out building that was not swept away.

It was raining that evening in September when they went to bed. The emergency personnel knocked on their door at 2 a.m. to evacuate them, but they slept right through the knocking. The next morning a friend of theirs who was at the elementary school, which was set up as an emergency shelter, asked the police if they had been to their house. They said yes and that there was no one there. The friends knew that they would be at the shelter if they weren’t home. The police returned with an end loader to go back to the house through the rising river and rescue the women. They were out of their home for months and months.

A retired couple who lived higher in the mountains were also out of their home for two months even though they didn’t have any water damage. The bridge was washed out and the power and water were not available.

The stories of flooded homes and washed out roads were countless. We were invited to a Thursday evening pot luck in the park. It seemed as if the whole town turned out. Pastor Emily said that that is what the people of Lyons do. They support each other in good times and bad. Story after story was shared with us of similar struggles that was overcome with much patience and eventual celebration. The story of a community that came together and still, two years later, comes together to celebrate and plan for the future was a truly inspirational experience, not only for the four teens from Denver, but for us also.