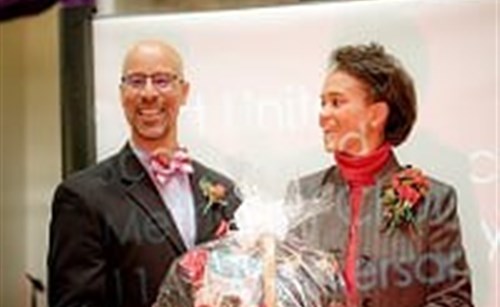 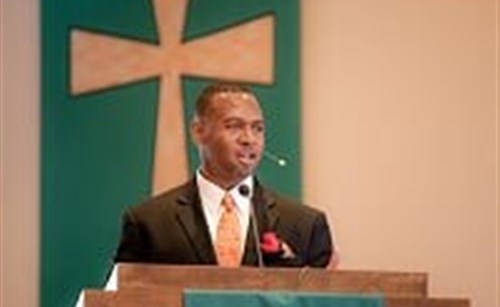 On Nov. 18 Scott United Methodist Church of Denver, Colorado celebrated 114 years serving God. In 1904, the pastor of People’s Methodist Church in Colorado Springs, Colorado answered the request of a small group of Methodists to organize the Scott Methodist Episcopal Mission of the Lincoln Conference. On June 14, 1963, under the pastorate of Rev. John H. Jackson, Scott UMC became a member of the Rocky Mountain Conference.

The theme of the 114th anniversary celebration was “Proclaiming the Whole Will of God," and Mr. Terry Jones joined as a guest speaker. Ms. Deborah Walker shared important stories of how her mother worked valiantly to document the history of Scott while serving as the historian for many years. In His Presence Dance Ministry shared a meaningful praise dance.

Following the morning worship service, the congregation enjoyed a meal and members were recognized for their years at Scott. Twelve individuals 90 years and older were recognized as legacy members, including the eldest male of the church, Mr. Charles Dyer (90). The eldest females, Mrs. Marion Wells (95) and Mrs. Margaret Gibson (95) were honored as the eldest females with a difference of only three months in their birthdays.

Three others received plaques to commemorate 50 years of membership, and Mrs. Lorraine Hobbs was honored as having the longest membership of 90 years.

Rev. Lynn Miller Jackson is the 29th pastor and first female pastor of the congregation. She joined the Scott family July 1, 2014.