The Nuacht Of The Rocky Mountains: Paul Hisato Hagiya – A Man Of Service

The Nuacht Of The Rocky Mountains

The Heart Mountain Relocation Center (Heart Mountain Prison) in Wyoming was one of ten prisons established by the Federal government to house more than 112,000 Japanese Americans in the 1940s.  None of these individuals were charged with any crimes.  Instead, they were considered a threat to the United States of America simply because of their Japanese heritage.  Two-thirds of the individuals incarcerated were citizens of the United States.

Paul Hisato Hagiya was one of the Japanese Americans imprisoned by the Federal Government.  Mr. Hagiya and his family had been living in Santa Maria, California.  According to his obituary, Paul Hagiya was named after the Apostle Paul by his sisters.  He was born in San Luis Obispo and grew up in Santa Barbara and Santa Maria.

Mr. Hagiya and his family were initially imprisoned at the Tulare Assembly Center (Tulare Prison) in California.  Americans with Japanese heritage were forced to live in horse stalls and other facilities at this converted fairground.  They were then transferred to the Gila River Relocation Center (Gila River Prison;  also known as the Rivers Relocation Center – the Rivers Prison).  This prison was located on the lands of the Gila River Nation in central Arizona. 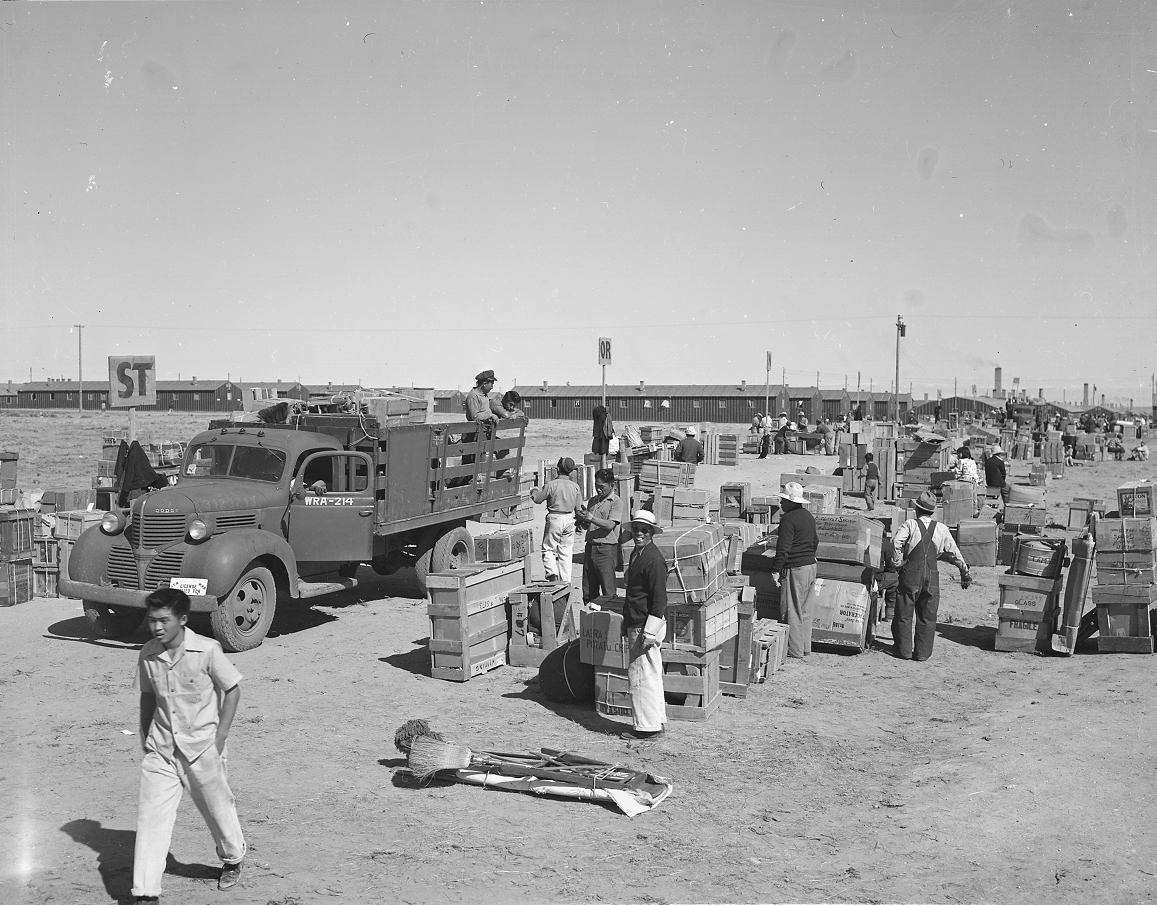 The United Methodist Church did not consider Mr. Hagiya to be a threat.  Nor did Southwestern College, a college in Winfield, Kansas, affiliated with the Church.  This institution put its core beliefs into practice during the World War II years.  Working with The United Methodist Church, Southwestern College offered the opportunity of an education to Mr. Hagiya and at least 14 other young people.  Among those 14 other people was Yoshie Fujita, the woman who later married Paul Hagiya.

The Gila News-Courier on October 9, 1943, reported that as of that date, “six young people of the Rivers [Prison] are in the student body of 170 at Southwestern College in Winfield, Kansas…”  The news article went on to indicate that Paul Hagiya was majoring in religion and Yoshie Fujita was majoring in sociology.

While at Southwestern College, both Paul and Yoshie ran for elective office among students.  Both won their elections (elections for different offices), but only Yoshie was able to actually take office.

According to records of Southwestern College, Mr. Hagiya was one of the individuals who ran for president of the student body in 1943.  There were pressures from the community placed on the College, according to these records, to have Mr. Hagiya not participate in this election by the students;  some of the local folks in Winfield did not want a Japanese American to be the leader of the students at Southwestern College.  The records indicated that while the election took place with Paul Hagiya’s name on the ballot, Mr. Hagiya withdrew from the election before the votes were officially counted.  The actual votes, according to the college records, showed that Mr. Hagiya had won the election of the students.  With his withdrawal, though, he did not become student body president in 1943.

The situation for Ms. Fujita was different.  The 1943 news article noted earlier from the Gila News-Courier indicated that “Miss Fujita was elected vice president of the freshman class last week.”

During World War II, Mr. Hagiya – like thousands of other Japanese Americans – served our country in the United States military.  In his case, he served in the 4th Armored Division of the U S Army in Germany.  Paul and Yoshie married the day before he left for Europe in 1945.  Over the years, their family grew with three children.  One of the children died at the age of 23 years.

Mr. Hagiya earned a Masters of Arts degree at Berkeley Baptist Divinity School and earned a Master of Sacred Theology from Garrett Biblical Institute.  As an ordained minister in The United Methodist faith, he served in churches in Berkeley, Los Angeles, and Santa Maria, California;  Arvada, Colorado;  Hilo, Hawaii;  and Seattle, Washington.

One of the congregations where The Rev. Hagiya served as pastor was the Simpson United Methodist Church in Arvada.

On January 28, 1973, the leadership of Southwestern College held a special ceremony at the Simpson United Methodist Church.  The Rev. Hagiya, then the pastor of this Church, was presented with an Honorary Doctor of Divinity degree.  It was the first time in the history of this College that a degree-conferring ceremony took place outside of Kansas.  In many respects, this action was to honor the Pastor for his service to the Church as well as to atone for the error in judgement by Southwestern College leadership when Mr. Hagiya was asked to withdraw from the election ballot in 1943.

Other members of Hagiya family have also shown leadership through the years.  Grant Hagiya, the Bishop of California-Pacific Conference of The United Methodist Church, is the nephew of Paul Hagiya. 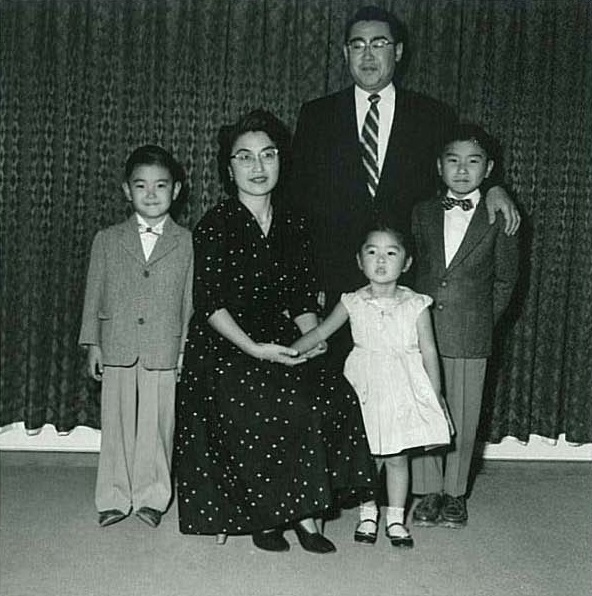 Paul and Yoshie Hagiya with their children, Noel, Jan Elise, and Mark.
(This photograph was provided courtesy of Christ United Methodist Church in Santa Maria, California, circa 1957)

This photograph is a snapshot of life at the Heart Mountain Relocation Center (Heart Mountain Prison) in Wyoming.  The caption includes note that “As carloads of personal belongings arrived, at this relocation center they were taken to the central square, sorted alphabetically and distributed to the barracks.”  (The photograph was produced by Tom Parker and provided courtesy of the War Relocation Authority through The United States National Archives and Records Administration, September 14, 1942.)