Members of Ogden First UMC in Utah aren't waiting for spring to work on their community garden. With a $10,000 grant from UMCOR's Earthkeepers ministry and a $2,500 matching grant from the Mountain Sky United Methodist Foundation, ecologically-minded members of First UMC are using this winter to trench and install piping for a new irrigation system. This new water source will greatly increase the productivity of their community garden, which has provided nutritious and fresh vegetables for the congregation and local homeless shelter.

For eight years, church members have been watering their garden with flood irrigation, which was labor-intensive and only available every seven and a half days during limited months. Now the growing season will be expanded, a drip irrigation system will carefully distribute water, and the volunteers can concentrate on garden productivity instead of opening canal floodgates at odd hours of the day and night.

Ogden First UMC is actually located in the suburb of Marriott-Slaterville, and church members have initiated and collaborated with the Marriott-Slaterville planning commission to bring pressurized "secondary" (untreated irrigation) water not only to the church's property but also to neighboring homes and farms. This secondary water access will also decrease the church's watering expense for the lawn around their building.

This secondary water irrigation system was designed by Steve and Kristen Bell, who are members of First UMC and who attended the UMCOR Earthkeepers training in Salt Lake City, Utah in November 2018. This has been their project for the Earthkeepers course. Steve is a civil engineer for Proctor and Gamble. He and Kristen have been the leaders of the First UMC community garden since its inception. Kristen is also the leader and "Queen Bee" of the First UMC Beekeeping Ministry. The First UMC bees provide pollination to the garden, and honey-sales funds help support UM agricultural missionary Mozart Adevu in Ghana. 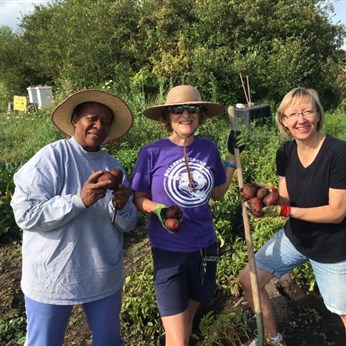 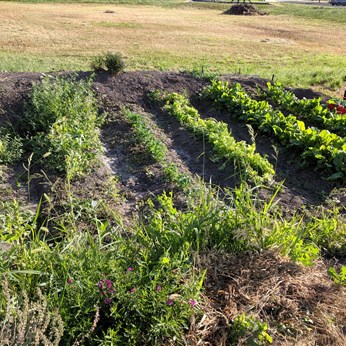 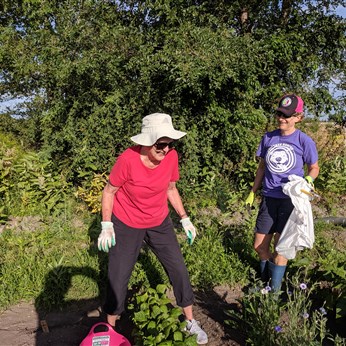