Until It's Green Again: Camp Meeting in Montana

Blackfeet have a saying when they make a commitment: "We will do this for one year, or until it's green again."

"Commitment to True Worship" was this year's theme of the Blackfeet United Methodist Parish's third annual Camp Meeting from Aug. 24 to 27. The commitment of the entire BUMP congregation will be to worship in truth this year "until it's green again." And then they will commit again.

Located on United Methodist land a mile west of Browning, Montana, capital of the Blackfeet Nation, the old-time tent meeting was modernized some with electric guitars and serious sound systems. The praise and worship time was filled with songs, prayer requests, testimonies of prayers asked and answered, and laying on of hands for a young woman asking "to be set free from the bondage of drugs."

The songs, many from the 1930s and '40s, were wonderfully and enthusiastically played by Delvin Hill, Navajo from Ganado, Arizona; Tom and Susan Galbraith, Blackfeet, of the Browning Church of God; and Bill Old Chief, a member of the Blackfeet Tribal Council. Nonie Woolf, BUMP's fifth Sunday worship leader, led "We Worship You," a contemporary song that was enjoyed just as much as "I'll Fly Away."

Mike Rozell, pastor of Potter's Field Ministries in Kalispell, Montana, preached the first night on the brokenness of humanity. The interfaith experience of this camp meeting included the Friday night sermon by Pastor Titus Upham, Blackfeet pastor of First Nation Embassy of Faith in Browning. Praise and worship teams from each church opened the evening's service.

Host pastor, the Rev. Calvin Hill, Navajo, preached at the last two services that were focused on the true meaning of worship as a commitment to Christ. Hill shared his dream that became a vision resulting in the people of Browning, the Blackfeet, placing a primitive cross on the hill on the north side of the 340-acre site. Rev. Hill asked us to commit to true worship by 1. giving ourselves, 2. giving our hearts that our attitudes will be changed, 3. giving our possessions – not just money – but by being good stewards of our possessions, and 4. giving our glory, our children, by lifting them up to God and stepping back.

One of the Sunday morning speakers was Rev. Anita Phillips, Director of Native American Comprehensive Plan. Rev. Phillips made BUMP a primary stop on her annual "circuit ride" to Native American ministries.

"It's mighty what God has called us Native Americans to do. I testify to God's goodness. We are called to run into danger and to go into ministry that will be difficult, such as the transitional home you're building here. I celebrate the young people who are under this tent with me today. I'm glad you're here," she said. 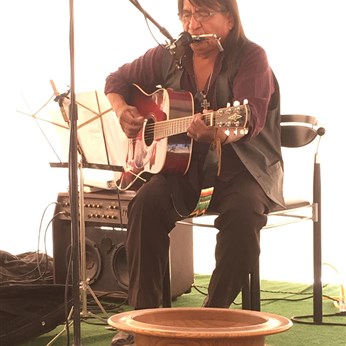 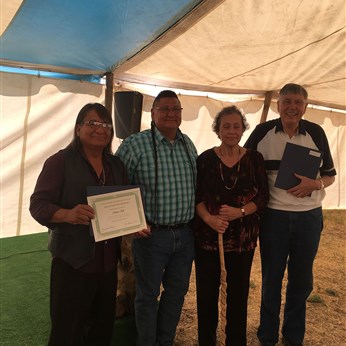 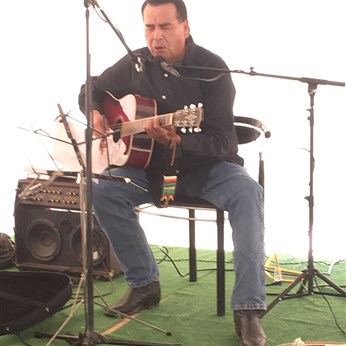 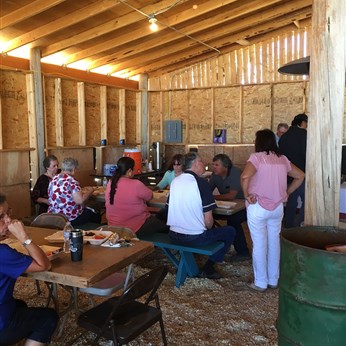 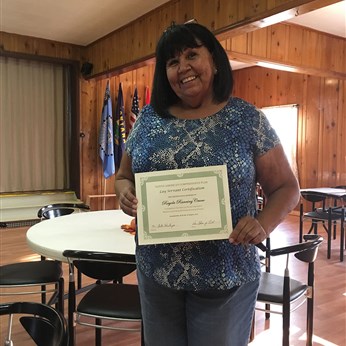