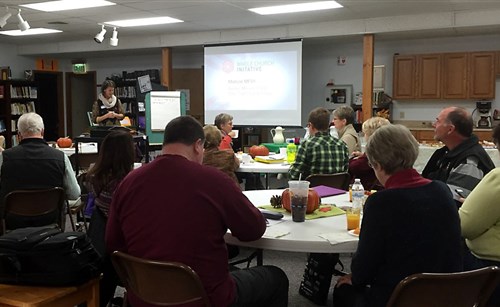 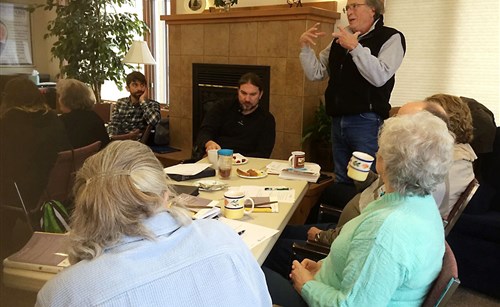 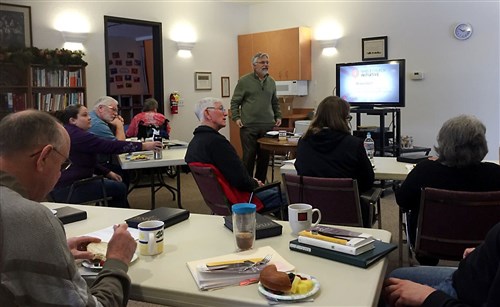 When the Reverend Jeremy Scott launched the Whole Church Initiative in the summer of 2014, he sought to empower churches to honestly address their vitality and how they are living out their faith.

Now almost two years later, Scott said "WCI is generating new energy and excitement." A new group of churches have joined the program, which Scott refined in its processes. He cited that the "Gather and Pray" phase of WCI has shown participants how to do small group discipleship, and "many teams have reported this being a rich experience and one they hope to replicate for others in their churches."

For Dawn Skerritt, pastor at Columbia Falls UMC in Montana, that point rings true. As one of the churches participating in WCI, she said that seven members of her church meet weekly as a covenant group. It's a way for them to check-in with each other about how they're taking care of themselves physically and spiritually.

"It's a holistic approach to spirituality," Skerritt said, adding that it's a "desired thing to have that connection and accountability."

Two books the teams are currently reading are The Good and Beautiful Community by James Bryan Smith, and I Refuse to Lead a Dying Church! by Paul Nixon.

Scott said "the material can be challenging because the world most churches find themselves in now are so different than what they knew before."

The team from Burlington UMC had a hard time reading Nixon's book, according to pastor, Burry Bessee.

"They didn't appreciate the bluntness," she said. However, she added the book is "giving us things to talk about" such as the "frontier versus fortress mentality."

Bessee said the members of Burlington UMC have a strong desire to grow the church, but they must first answer the question of how are they becoming disciples.

"They are having good, hard, and stretching conversations," Scott said. "It is energizing to see and feel the Holy Spirit move in our gatherings."

Moving forward, Scott said they will expand the opportunities for churches to participate in the Whole Church Initiative. They will continue grouping three to five churches in a similar geographic area as "cohorts."Scott also said they piloted a new process called WCI:Intensive that will have churches participate in non-geographical cohorts designed for situations where the original WCI isn't practical. There will be a long weekend retreat in July that will replace five Saturday trainings in the original process. Scott said contact your district superintendent if you are interested in joining the Whole Church Initiative. For more information, go to the WCI website.