Pastor Robin Riley was walking his dog down the streets of Wheatland, Wyoming when he noticed out of the corner of his eye a small rock propped up against the light post. He went over and picked up the painted rock that greeted him as a colorful ladybug. He turned it over and found a written note on the back: “You rock!” it read and below that, “Wheatland Rocks” along with a date.

He took the rock back to work and talked about it with the secretary, Mandy Miller, who then told him about the new Facebook craze with kids in the region. Her son found a rock that was painted in Casper.

In Casper, people have posted pictures of rocks and the stories of how they connected with other participants. Their Facebook group boasts 7,000 members. The Wheatland page was created after one family saw a Guernsey friend’s Facebook page that had pictures of painting and hiding rocks for others to find and re-hide. “Rockin Wheatland” now has over 1,000 members.

As Pastor Riley and his secretary were talking about the idea, they decided to participate and created “God Rocks” on the church Facebook page. They launched it with an afternoon of rock painting at church as part of the coming fall “Roundup Sunday” activities. They saw it as a great way to spread goodwill and the message of God’s grace to those in the town of 3,000.

“It was exciting to think about getting our church involved in this community building activity. I could see our kids and older members painting creative rock art,” commented Pastor Riley. “We really didn’t know much about what supplies were needed. Not being artists, at first we though we needed oil paint. When members of the congregation got involved we put together the right supplies, acrylic paint and brushes and so forth.”

The painted rocks have a variety of messages on the back: a scripture, a date, and Wheatland UMC. Church members gathered after the potluck meal the afternoon of Aug. 27 and painted their “God rocks.” Afterward, the stones were hidden around the church and around town.

“It was great to watch our older members turn into kids again as they worked away on their personal uplifting messages to the community,” Riley said. 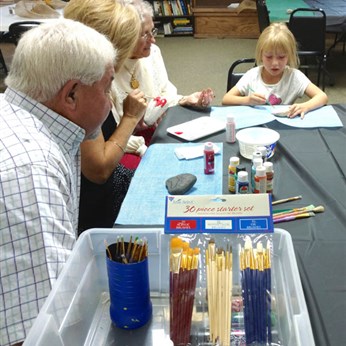 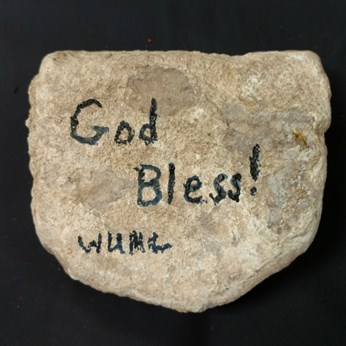 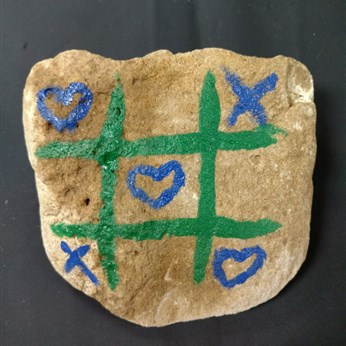 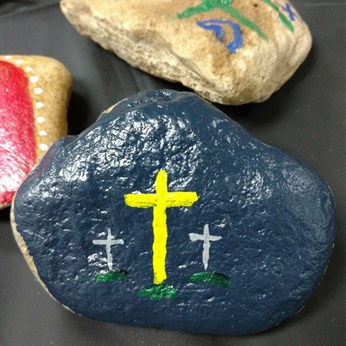 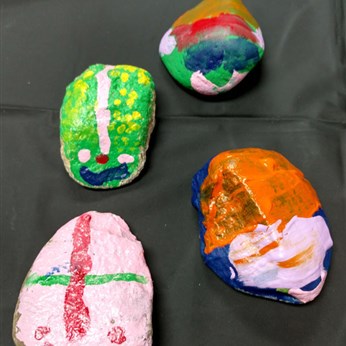 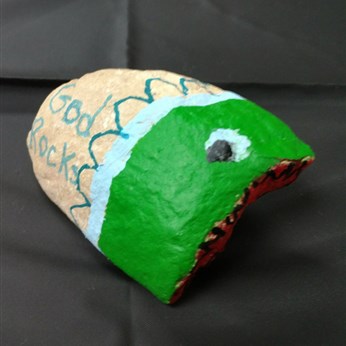 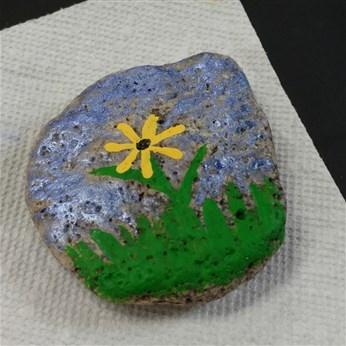 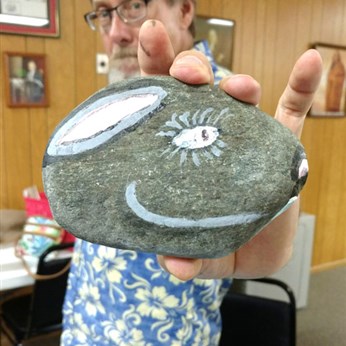 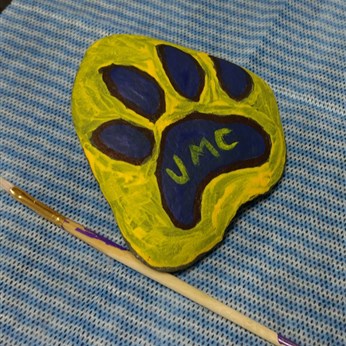 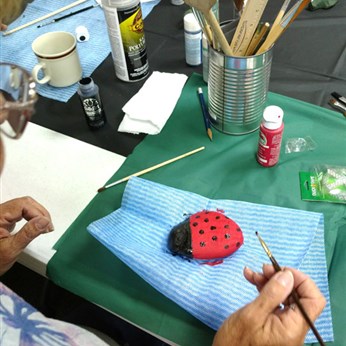 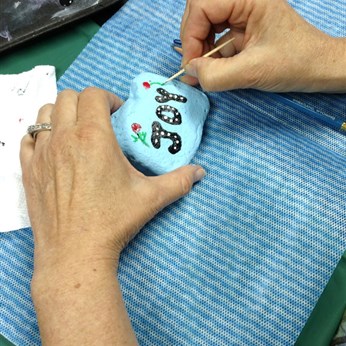 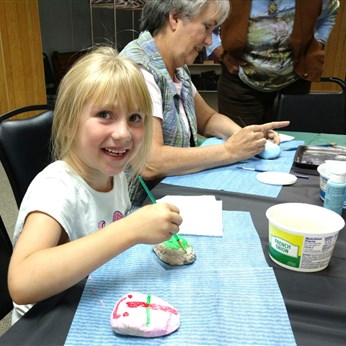