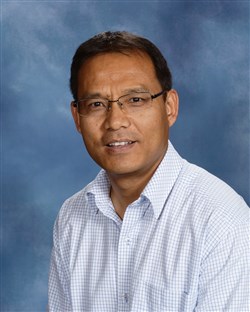 Rev. Tezenlo Thong is the Superintendent of the Peaks/Pikes Peak District of the Mountain Sky Conference. He grew up in Nagaland, India, and came to the United States with his wife and children one month before Sept. 11, 2001.

Tezenlo received a Doctor of Philosophy in religious and theological studies from the University of Denver and Iliff School of Theology. He is the author of Colonization, Proselytization, and Identity: The Nagas and Westernization in Northeast India (2016) and Progress and Its Impact on the Nagas: A Clash of Worldviews (2014). In his spare time, Tezenlo enjoys photography and writing.